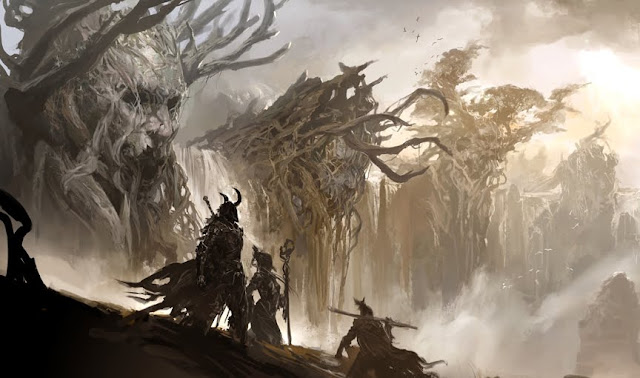 I started this because I've been working slowly on unlocking each and every spec, and remembering which HPs are easy to do on my own was a big hassle. I figured others might be interested in a list like this, too, so... here it is :)

To begin with: my eventual discovery while making this guide was that there just aren't enough non-champion Hero Points in the new maps to be able to take your new 80 from 0 Hero Points to the 250 required for a fully unlocked spec. You can, however, get remarkably close, and can easily fill out the rest with a small handful of two-man champion points or by hitting up Central Tyria for the rest.

EDIT: Yes, I am aware some of you can solo champions. Yes, I am aware some of the champions are comparatively easy to solo. No, I will not add them to the list. This list is made up specifically of HPs that are comprised of vets and regular enemies, communes, or items. There is a list of recommended "easy" champions at the bottom of the list for reference, if anyone still needs the extra 50 points after finishing the soloable list, all specifically listed as ones I believe most players should have an easy time beating in teams of 2 or 3 at the most. I have yet to see one recommended in the comments as soloable that isn't already there.
Verdant Brink: 8/11
Auric Basin: 4/11
Tangled Depths: 4/11
Dragon’s Stand: 5/7
Important note: these are ALL only available after a certain point in the meta event. So yes, you will have to finish the meta event to get basically any of these. If you’re having a hard time finding a good map for finishing the meta-event, I recommend keeping an eye on the LFG tool to find taxis into organized maps.
Total Accessible with limited masteries/skills and doable solo: 21/25 required
Recommended Additional HPs to complete the rest:
Verdant Brink:
Auric Basin
Tangled Depths
Dragon’s Stand
And of course, don’t forget that you can complete much easier HPs in Central Tyria to collect any number of additional HPs (assuming you don’t have world completion already, but if you do you’d already be finished your spec!)
EDIT: /u/waktivist suggests EotM farming as a good way to gain Hero Points as well. Thanks for the tip :D